How blockchain & cryptocurrency is shaping up for the future

How blockchain & cryptocurrency is shaping up for the future

Ever since Bitcoin came into existence about years ago, one of the most common questions about Bitcoin remains the same till today: what exactly can it be used for?

Many technology enthusiasts expect cryptocurrencies to replace fiat money. The majority believe that Bitcoin is just for geeks and will never reach the mainstream.

In the last 10 years, Bitcoin has not only thrived, but many other altcoins have also hit the market.

Though not many people use Bitcoin in their day to day life, the number of things you can buy and the number of services that you can pay with Cryptocurrency is growing.

There are more than 14,000 venues around the world that currently accept Bitcoin as a payment method.

This number is not very significant and far from making its reach to mainstream adoption.

According to a report published in The Guardian, there exists an overwhelming sentiment that market capitalization of cryptocurrencies could rise to $5-10 tn.

But it’s also a harsh reality that regulators are realizing the fact that they cannot control cryptocurrency.

In a bid to curb untraceable financial transactions, and prevent tax evasion and criminal activity, many regulators have started to ban the use of cryptocurrency in their respective countries. 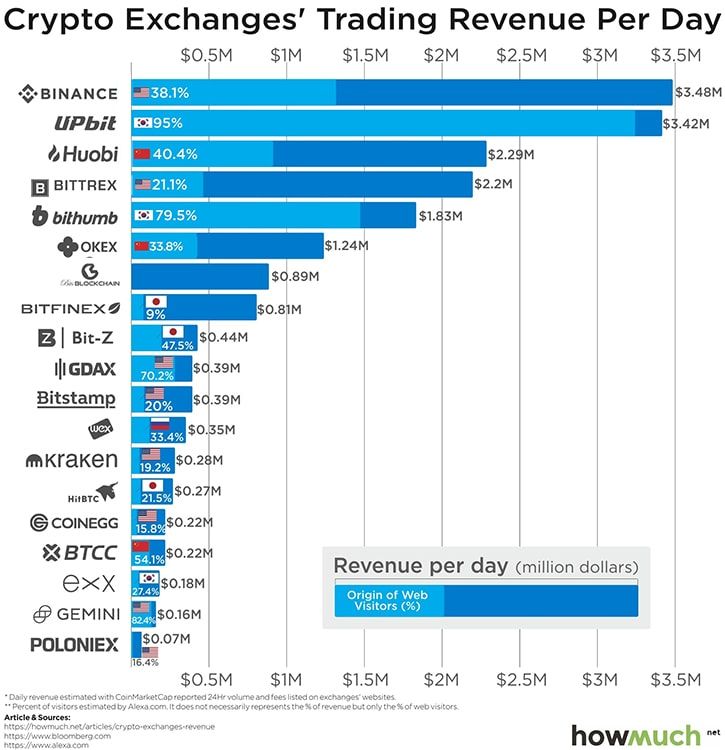 Cryptocurrency and its future

Cryptocurrency became reality with the creation of Bitcoin in 2009. In the subsequent years, it garnered an ever-growing following.

In fact, it was successful in capturing significant investor and media attention in April 2013 when it was at its record value of $ 266 per Bitcoin. Bitcoin supported market value of nearly $2 billion during its peak in January 2018.

But it took a 50% plunge shortly thereafter. This sparked an arranging debate among investors about the future of cryptocurrency in general.

There has been a steady increment in the number of daily cryptocurrency interactions year on year.

This is a good enough example to show growth. Yet many claim this as a waning nature of investors wanting to get involved.

Many experts from the financial domain believe to see a big change in Crypto over the next few years as institutional money enters the market.

It is also a possibility that cryptocurrency will be floated on the Nasdaq.

If and when this happened, it will add significant credibility to blockchain technology and it's usage as an alternative to the current financial options (medium of exchange).

This will be a major step in the direction of making it easier for people to invest in Bitcoin.

The fundamental difference between cryptocurrency and fiat currency

Cryptocurrency and fiat currency differs fundamentally in many ways. The issuance of Fiat currency is a highly centralized activity supervised by a nation’s central bank.

The central bank regulates the amount of currency issued in accordance with its monetary policy objectives.

Cryptocurrency, on the other hand, has no such support mechanisms. The value entirely depends on what investors are willing to pay for it at a point in time.

Ripple may take over as a favored payment option

Financial experts believe that in the coming days there will be a paradigm shift in the leading force behind cryptocurrency.

Bitcoin paved the way for the mainstream to understand the complexities of a cryptocurrency and of blockchain as a whole.

Ethereum contributed to this by exploring the possibilities beyond the tokens. However, in terms of usability, Ripple has shown the real use of blockchain.

This is especially true in terms of a smart contract which is looked into by Santander and CIMB.

These examples show that Ripple has the potential to replace Swift payments where cross border transactions are involved.

In the coming days, Ripple is likely to attract more institutional investors. Not from cryptocurrency perspective but as a means to formulate blockchain for the practical environment.

Future of cryptocurrency according to financial experts

To understand the wider extent of the future of cryptocurrency, let’s look at some of the predictions made by financial experts and technology enthusiasts:

On a few occasions, he has directly told his fans to buy a cryptocurrency and avoid the dollar which will become worthless. 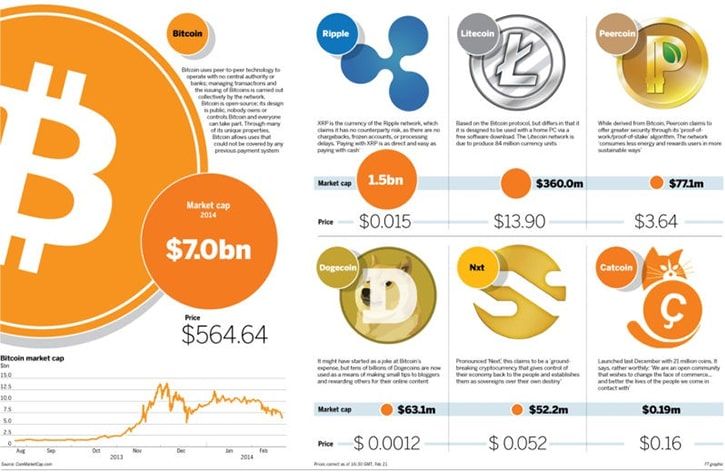 Scores of institutions are adopting cryptocurrencies to solve real-world problems related to their industries.

Here is a collection of few examples that speak volumes about the future of cryptocurrencies.

These vehicles are designed to mine crypto as users travel. The company aims to minimize carbon emission and reward people for doing so.

The research will focus on the use of blockchain in artificial intelligence, genomic sequencing, robotics and wearable devices in medicine.

This will enable customers to pay for their tickets, popcorns, and other services with cryptocurrencies.

The blockchain space is growing faster than ever. As the organizations and technologies mature, the real-world use cases will increase manifold.

Due to the acute shortage of skilled cryptocurrency exchange developers, those with an interest in blockchain programming are in high demand.

Blockchain app development has become the hottest skill in the freelance job market.

Developers with blockchain skills have turned into the hottest commodity in the freelance marketplace.

According to a report by Upwork - Freelance employment website, blockchain skills have grown exponentially this year.

The demand for blockchain developers has gone up not just with regards to cryptocurrency exchange software but also with regards to Blockchain app development for sectors as diverse as healthcare, utilities, and logistics.

There are lots of critics for cryptocurrency and its possible use in the future.

Majority of critics site volatility associated with Bitcoin as the common criticism of blockchain.

However, this is a short-sighted statement since volatility is associated with other commodities as well such as coffee.

There is a possibility that Bitcoin may lose value as other alternative gain value and capture a slice of market share which otherwise would have been reserved for Bitcoin.

However, in general, for cryptocurrency to become part of the mainstream financial system, it will need to satisfy widely divergent criteria.

First and foremost, it will need to be mathematically complex to deter fraud and hacking attempts.

But also easy enough for customers to understand in order to find greater acceptance among its users.

It should also offer adequate consumer safeguards, and preserve user anonymity but without being a conduit for tax evasion.

It should also not pave way for money laundering and other nefarious activities.

Many financial experts believe that in the future of blockchain technology there will be universally accepted cryptocurrencies.

Some of them might even eliminate the need for fiat currencies. However, for that to become possible, there are many requirements.

The most important ones relate to solving the technical and architectural issues associated with blockchain.

Cryptocurrency is an interesting case study with no clear precedent for what may happen in the future.

Many believe that it will follow the Dot com bubble, however, there are also others who believe that the internet is the greatest invention of the century.

Despite the fact that some website collapsed or have been made redundant, the internet has played a pivotal role in improving lives.

It has significantly made many things incredibly easier for many people. Similarly with cryptocurrency, which is still in its infancy, seems to offer promising solutions to real world problems. This is especially true with regards to the wider financial world

My name is Hemendra singh. I am Managing Director and co-founder of The NineHertz, a Mobile App Development Company. I am having a keen interest in the latest trends and technologies that are emerging in different domains.