Finding the perfect location identifier for mobile apps: GPS Vs Beacons Vs Wi-Fi

Finding the perfect location identifier for mobile apps: GPS Vs Beacons Vs Wi-Fi

Navigation technologies have been a milestone and has played major role in the success of smartphones. GPS, Wi-Fi, and Beacon are three of the most utilized technologies. In this blog we will compare all the three technologies and discuss their pros and cons.

How often do you search for nearby cafés, movie theaters or doctors on the internet? The results are more than satisfying most of the time provided “Location” is switched-on on your device.

A GPS chip embedded in your smartphone, when enabled, tracks your location based on co-ordinate axis there.

Smartphone apps or web application like Google Maps shows exactly where you are.

A GPS device needs a continuous link to one or more satellites, in clear sky, to enable its action.

That means GPS functionality tends to suffer in indoor conditions or on a cloudy evening.

As a result, mobile app developers are leveraging on various new and traditional technologies and method to make sure “Location” is available all the time to their apps, whether the device is indoor, outdoor or it’s pouring like there is no tomorrow.

A comparatively newer technology Beacon is very well considered as the GPS of “indoor spaces” due to its precise-to-millimeters location accuracy.

GPS, Wi-Fi, and RFID but it’s catching fast as more and more marketers have to come to realise its business value.

Wi-Fi has long been used to improve GPS location. The relative position of a device related to a nearby Wi-Fi hotspot leads to calibrated position even on a cloudy day even a partially enclosed space.

Let’s compare GPS, Wi-Fi and Beacon technology and conclude which one a mobile developer should include in his app for the most reliable, precise location detection.

GPS (or a similar satellite navigation system like the Russian GLONASS and the European Union’s Galileo) is the backbone of any outdoor location detection system in the world.

GPS is perhaps the most popular technology in this vertical due to its plethora of benefits.

It is due to fact that it provides much more than the information such as date, time, locations, and directions.

Moreover, GPS also provides benefits such as audio assistance while giving directions to the user.

GPS tracking solutions with all these features allow user to utilize their smartphones as GPS tracking units. 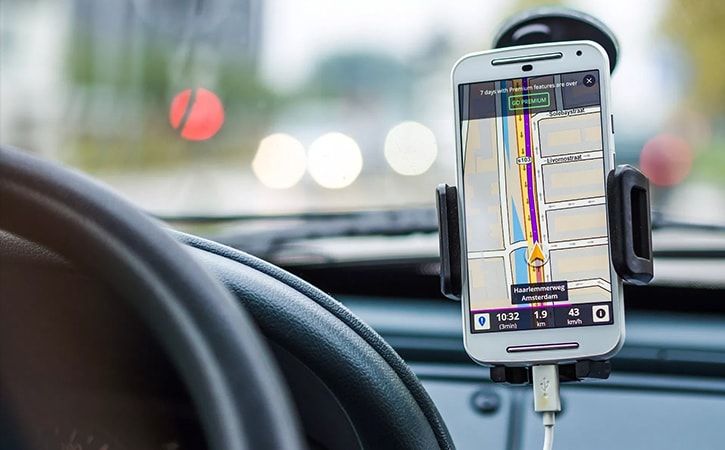 However, as I mentioned earlier, GPS-based solutions are next to useless when an obstruction blocks the satellite link with the device.

The construction could be anything from a rooftop to clouds.

Geofencing is relatively a new method that inspects location data received from GPS chip inside a smartphone to trigger an action.

Many iOS and Android apps today include geofencing APIs to send location-based notification.

The location awareness is generally configured in the app with the help of integrated Maps APIs like Google maps android API.

Geofencing works without any glitches when the defined virtual perimeter or the geofenced area is outdoor like a football club or when the weather is fine.

However, as soon as the geofence moves to an enclosed area like a movie theatre, geofence cease to exist.

That means if you updated your movie booking app to direct the viewers to their respective seat by setting virtual boundaries across every seat, expect to see a reasonable drop on your App Store ratings.

Read More: Important of location based traveling apps for business

Wi-Fi wasn’t originally developed to detect location. In fact, it was presumed to be a failure in its initial years.

When Intel made it a standard across its entire range of laptops and adoption rate rose exponentially.

If you live in a well-inhabited neighborhood, finding 10-20 hotspots on your smartphone screen isn’t surprising anymore. 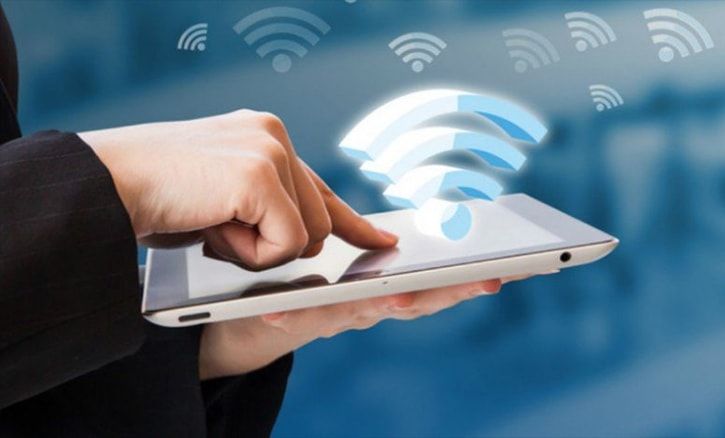 Wi-Fi are so common these days that app developers assume that a user will always be surrounded by Wi-Fi hotspots and hence every time they build an app they don’t forget to integrate Wi-Fi in it.

Finding the location of a smartphone relative to a fixed Wi-Fi hotspot is as easy as adding a line of code to calculate the distance between.

With some clever coding, GPS together with indoor Wi-Fi setup can be made to map enclosed spaces like a mall.

If you’re passing by a Zara store on the aisle, a nearby Wi-Fi can send you a notification with the coupon code.

The entire mechanism can be made to work without an app provided Wi-Fi radio is active on that device.

Now let’s discuss about the pros and cons of GPS technology.

Beacon technology can be added to an existing Android or iOS app by means of the aforementioned Beacon profiles.

Mobile apps, with the either of the Beacon profiles enabled, make your device connect to miniature BLE devices normally placed in retail spaces and similar indoor commercial spaces. 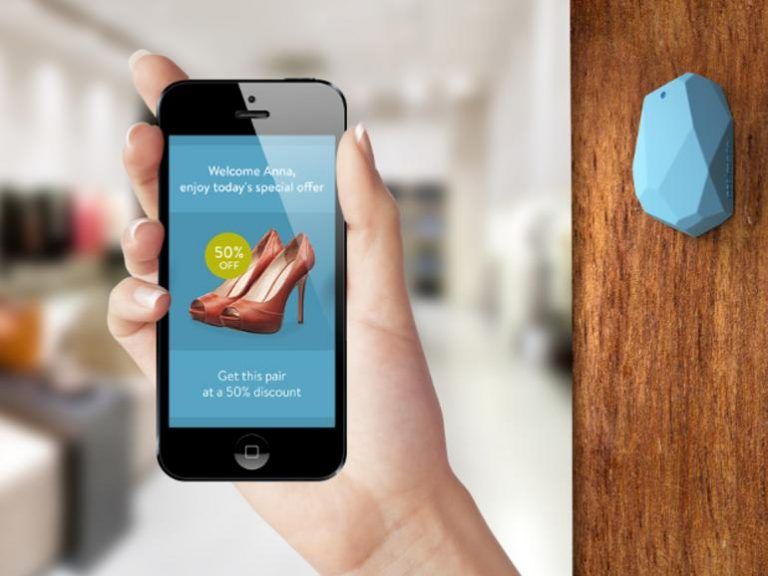 Beacons are available in plenty of forms such as USB sticks and coin cells. It sends radio wave which can easily pierce through structures like walls and pillars

When a person enters such a space such as a neighboring supermarket with beacons installed, the device in his pocket captures transmitted Bluetooth signals in an encoded form, to be decoded by a Beacon-enabled app.

If the app could decode the signals, it calculates the absolute position of the device user with respect to the beacon inside the supermarket and sends him location-aware notifications.

For example, the app can coordinate with the nearest beacon to send an exclusive offer every time a person is at the shampoo section of the market.

But no technology is perfect. What if the supermarket approaches a Walmart in size, the owner has to install far more devices than he can afford.

The range of BLE is 328 feet. Imagine how many devices an over-ambitious perpetuator will install in larger-than-life 5.9 million square feet Dubai Mall.

But then again, not every commercial space is Dubai Mall. For small to medium commercial or hospitality space,

there is no better location identifier than a BLE equipped beacon for your app if it is meant to give direction to shoppers in retail space.

Now let’s discuss about the pros and cons of GPS technology.

Apps, by large, today tend to have GPS and Wi-Fi based location enabled by default.

Since Beacon is relatively a new technology, the app adoption is still in nascent state and will grow as more and more retail spaces will embrace this simple yet mobile app technology for business gains.

Unlike Wi-Fi and GPS, Beacon doesn’t need dedicated hardware as almost every smartphone even dumb phones have a Bluetooth radio included.

The industry expects owing to increased production, increased demand and support from both Apple and Google, the price of Beacons devices will drop sooner than later,

which will make even more retailers and hospitals to install Beacon devices in their premises.

Meanwhile, marketers must prepare for the next revolution called “location based retail marketing” encapsulated in a technology called BLE.

Noman Shaikh is a Digital Marketing Head at Fixlastmile which is known for developing top-notch last mile delivery Software He believes in sharing his strong knowledge base with leaned concentration on entrepreneurship and business.