Disruptive growth and impact of IoT in web development

Disruptive growth and impact of IoT in web development

No matter the programming language, CMS or front-end software you work with, chances are that web development innovation takes precedent in your everyday work. 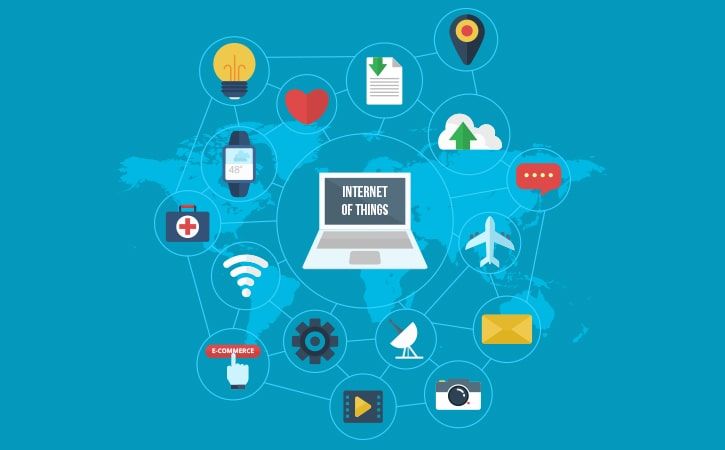 Software companies and independent web developers alike have a lot to look forward to with the continuous rise of IoT (Internet of Things) devices on the global market.

According to research, over 20 billion IoT devices will be active and connected to the internet by the year 2020. Of that, 90% of automobiles will also be connected to the web, allowing for a larger plethora of quality of life features for passengers.

This showcases a huge potential marketplace for web developers to implement their knowledge and expertise into IoT devices and their respective software packages.

But how does IoT development affect web development as we know it? The recently-published data refers to the 43% adoption rate of IoT devices in the next five years, further cementing the role of IoT technologies in web development. 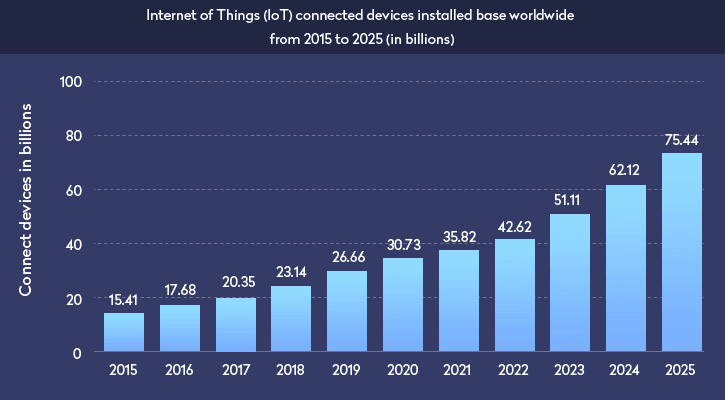 What changes should we look forward to as we enter 2019 and approach a point of global oversaturation with interconnected devices?

Before we get into the impact of IoT, let’s take a look at some real-world examples of where it can be found today.

It’s worth noting that IoT and web already work in tandem to an extent, but the trend will only grow over time, as we see more and more devices take on internet capabilities.

Smart watches are not a new piece of technology on the market. They are however connected directly to the user’s iOS or Android device which serves as an anchor for the watch’s functionality.

IoT technologies coupled with web development have already found their way into this piece of hardware in innovative ways.

They allow users to browse the web and display pages in a native state which doesn’t interfere with the overall UX and stability of websites.

Software applications such as Cortana, Siri and Bixby have become the norm in numerous instances of hardware development.

Companies like Microsoft and Samsung put a lot of emphasis on the ease of use and improvements made on the part of learning how to use each of their devices effectively.

Personal assistants operate via an IoT database even today as they extrapolate users’ requests, notes and even answer their questions.

Coupled with copywriting and localization platforms such as The Word Point, personal assistants can provide genuine, believable and useful information to their users thanks to IoT implementation.

Small portable devices such as Raspberry Pi’s have become very popular thanks to their versatility and accessible price points. 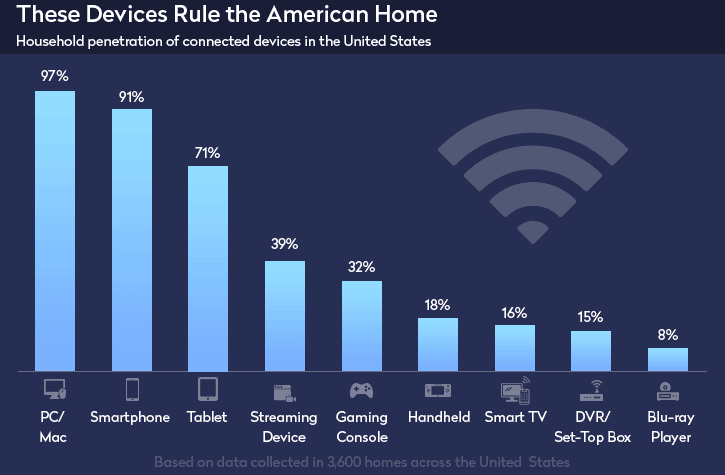 People who don’t require dedicated desktop stations or Apple computers can safely rely on Raspberry Pi’s and their equivalents for numerous house and office applications.

It’s worth noting however that traditional Windows and Mac OSs don’t fall under the same tree as these small-scale devices.

In terms of IoT, these devices offer web-controlled UIs for numerous appliances and pieces of technology (heating, house security, etc.).

Now that we have a clearer understanding of where we can typically find IoT technologies coupled with web development, let’s take a look at their combined impact.

IoT devices require a much more comprehensive knowledge of coding, programming and database management as opposed to traditional web development.

Web designers with knowledge of PHP, Java, C and their equivalents will have to look for ways to expand their knowledge further.

This means that they will either have to look for entry-level IoT development positions or use third-party platforms such as Udemy and Skillshare to learn more beforehand.

While this is no way a detriment, it will mark a turning point in the entry bar for web development as a whole.

However, an increase in the requirements for web developers interested in IoT devices will also help them earn more money during each project’s cycle.

Every developer will agree with the statement that project’s rarely go well if there are hybrid teams involved in the production process.

The reasoning behind this is quite obvious – static, solid teams with clearly marked job descriptions deliver results more quickly and within the client’s requirements.

When it comes to IoT development and its impact on web design in general, professionals of both industries will have to join forces.

This means a hybrid approach to development of software applications, websites and web-based platforms in general.

Web designers without extensive knowledge will have to join forces with their IoT colleagues when it comes to interconnecting code with data.

The same goes for IoT developers with no prior experience with web-based programming or UI design, meaning that both sides of the equation have a lot to gain from cooperation.

What will be an issue is the inevitable need for inter-agency and inter-company cooperation with large-stake projects involved.

Putting differences aside for common gain when excessive amounts of money are involved as fees and bonuses will be something we should look forward to when it comes to corporate web and IoT development.

As we all know, IoT devices operate based on interconnected databases. Add to that the front-end UI nature of web development and design, you will find a complex and time-consuming project on your hands.

This turn toward complex development cycles will require different project manager mindsets to kick in. 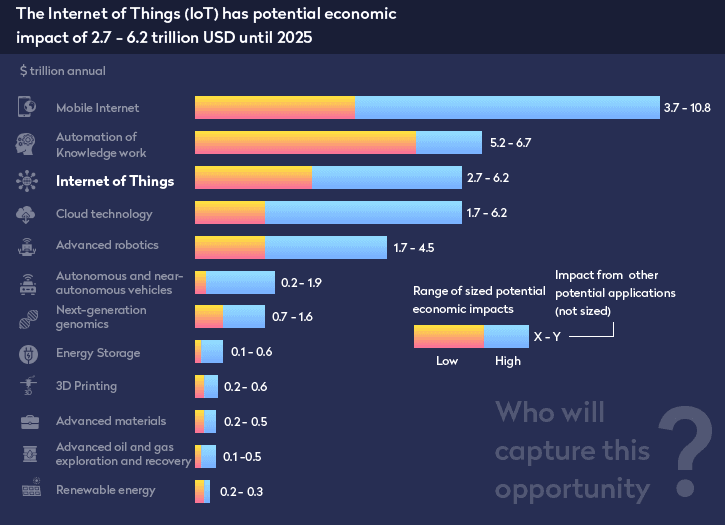 Duty allocation, milestone definition as well as daily and weekly check-ins will have to serve a different purpose in development.

It’s quite easy to develop a UI element that doesn’t correspond with what the IoT team is doing.

It’s also very simple to create calls and lines of code in the IoT database handling which don’t fit into anything that the web developer (or multiple) has created.

The resulting project management and development will be slower and more prone to errors because of the sheer scale and complexity of each project that requires both sides to collaborate.

However, in rare instances of solitary web developers with IoT knowledge, things will move at a faster pace.

These individuals have a lot to look forward to in terms of employment benefits, bonuses and overall income as a result of their vast skillsets.

Search patterns and cookies can only reveal so much before you are forced to come up with your own answers as to why some features are used more or less than you had hoped.

Given the centralized, database-reliant nature of IoT devices, it goes without saying that the data stream goes both ways.

IoT devices are quite capable of gathering actionable data (within legal rights and requirements) from their users.

This data can easily be retrofitted into further web development iterations should the need arise.

This type of continuous data collection and device development would be nigh impossible without heavy use of IoT devices’ inherent ability to gather information and relay it back to your servers.

As a result, the web development team will have their hands full with bug fixes, feature additions and UI overhauls long after the device has launched on the market.

Dynamic user interface development is nothing new on the market given how expansive the reach of IoT devices has become.

However, the role of the web developer in the UI and UX design is bound to raise with current development trends.

As is the case with every piece of hardware out there, IoT devices require dynamic UIs to accommodate the needs of numerous different profiles of users.

The result of this need will require web developers to rethink their approach to UI design from the ground up.

Typically, IoT devices with web capabilities are used towards research purposes and in order to display different kinds of data.

This data often comes in the shape of infographics, charts and other visualized data forms which require the IoT device to handle their requests.

The focus on UI micromanagement in web development is bound to bear fruit in terms of multitasking capabilities IoT devices offer to their users.

Besides the obvious need to control basic appliances such as sensors or security passwords, IoT devices backed by good web programming will allow for much more freedom of choice when it comes to the versatility of their capabilities.

It is also one of the very good reasons as to why IoT development and reach hasn’t spread quickly enough over the past several years.

This is where web development can truly take the spotlight as it allows developers to back their device’s code up with adequate security features.

Access management, user identification and identity verification have to be mandatory features of the modern IoT appliances no matter how mundane they might seem to the layman’s eye.

A simple breach of access in a household’s temperature control IoT device can cause severe social problems which will put the company in charge in very scrupulous public image.

With sufficient encryption knowledge, web developers will have a lot to add to the already-existing and soon-to-be IoT devices.

Building for the future (conclusion)

While many of these impactful factors may seem detrimental to popular trends and existing development pipelines, the truth is not so bleak.

Only time will tell to what extent the IoT technologies will continue to make an impact on web development as we know it.

With each stage of interconnected development, new devices and web development methodologies will give rise to disruptive new technologies over time.

Pauline speaks Portuguese, English, Spanish and Italian. She travelled the world to immerse herself in the new cultures and learn languages. Today she is proud to be a voting member of the American Translators Association and an active participant of the Leadership Council of its Portuguese Language Division.