How will Uber-Careem deal affect the start-up ecosystem in MENA region?

How will Uber-Careem deal affect the start-up ecosystem in MENA region?

If you’re an entrepreneur or business owner that likes to remain updated, then you must’ve followed an almost decade-long journey of On-Demand hailing service – Uber. It has been an inspiration for millions of entrepreneurs and will continue to be so.

Uber, a start-up which began in San Francisco in the year 2009 has conquered 72 countries and is still disrupting many Cab markets around the world. You can call Uber the king of Taxi-Hailing Services.

However, this is only the one face of the coin. Even after having such a great success, Uber is still bearing losses. Moreover, it’s been a part of several controversies. In addition to that it withdrew its service from the countries like China and many south-eastern countries.

Amidst of all these, there is this news floating that Uber is in talks with Careem for a deal. It’s a huge step for Uber as Careem is its biggest rival in the MENA (Middle East & North Africa) region. In this article we will discuss in detail on what would happen if this merger takes place.

Before going further let’s discuss the reason why Uber is contemplating this merger. As mentioned earlier, it is not the first time that Uber has done something like this. In 2016 Uber sold its services to its arch-rival in China – Didi Chuxing in a deal worth of $ 35 billion.

Uber was constantly facing a strong challenge from Didi. Didi being the local service had an advantage over Uber and it never allowed Uber to dominate the market. Uber is also facing a tough fight from Didi in Brazil. Apart from US, Brazil is the second-best market where Uber has a mammoth 80% of market share.

Tough times helped many companies greatly benefit, become lean, and mean through consolidation, mergers, and acquisitions. The merger aims to bring two brands together to increase the “operational efficiencies” and serve society well keeping the profitability at the core.

Apart from China, Uber had to face defeat in the South-East Asian countries too. Uber had a deal with a Singapore based Taxi Hailing Service GRAB. According to this deal, Uber would exit the south-east Asian market in return for 27.5% stake in the GRAB.

Uber had to take this decision as GRAB was getting ahead of it and the south-east Asian market for Uber was turning out to be nothing but unprofitable.

Apart from dealing with these setbacks, Uber must maintain its dominance in US which is its most important market. Lyft which is a rival of Uber has expanded its market share from 15% to 22%. Similarly, the market share for Uber has declined from 83% to 74%.

Due to these issues Uber has decided to concentrate more on its major markets which are US, Brazil, Few European Countries, and India. As far as the other markets are concerned they are trying to set up a deal with their rivals to expand their reach and to save themselves from spending millions in the rivalry.

Careem on the other hand is growing exponentially in the middle-east nations. It operates in more than 100 cities of countries such as UAE, Bahrain, Lebanon, Pakistan, Saudi Arabia, Kuwait, Turkey, Morocco, Jordan, Palestine, Sudan, Iraq, and Egypt.

Uber like Taxi App Solution For You Taxi Business

Careem has a huge strength of more than a million drivers. Careem was the first venture to cross 1 billion mark. So, in a nutshell Careem is a big deal when it comes to Taxi hailing services in the middle east.

And Uber can either compete and beat it or join hands with it. The previous experiences of Uber competing with the local services like Didi and GRAB didn’t go quite well. This might have encouraged Uber to make a deal with their rivals.

Now an important question which arises is that what would be the impact of this potential merger? What would it mean to the commuters of MENA (Middle East & North Africa)? There could possibly be below outcomes of this merger.

Uber and Careem are the two leading Taxi Hailing companies. Their merger would cause a void in the taxi hailing industry. Due to which they will have the monopoly. They can increase the fare as much as they want and everyone has to bear those high rates as there won’t be any alternative available.

However, some other local company will surely fill this void later to provide a better alternative. But, till then it will be the customers who would be at lost. So, it won’t be wrong to say that the commuters of MENA region must be ready to face high Fare Rates in case the merger takes place.

As I earlier mentioned about the void in the Taxi Hailing sector, this could be a golden opportunity for the small, less-recognised Taxi hailing services to rise to the occasion and evolve to become a more cost-efficient, reliable, and local alternative to the Uber-Careem merger. 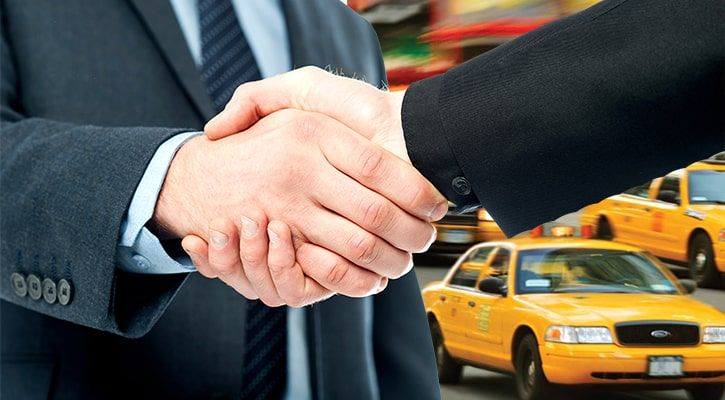 Another factor which would work in the favour of the small hailing services is the local sentiments. One of the major reason why Careem was such a successful venture was the fact that it was based in Dubai and everyone in the MENA region treated it as their own company.

On the other hand, the riders in the MENA region always saw Uber as an outsider. Now, if this merger takes place then Careem will no longer have the “local company” tag.

This scenario would be nothing less than a golden chance for the other local hailing services. The void in the competition and the absence of a local service provider will set a great platform for a small taxi-hailing app to take off.

The only positive that customer may get from this potential merger is a more advanced service. Uber and Careem both are big players when it comes to Taxi Hailing services in the MENA region. Both the companies have proved their mettle with their seamless services and features.

If these two decide to merge then the one thing which people will expect at least would be a better service than before. This will also raise the customer’s expectation and subsequently the pressure on the Uber-Careem joint venture to deliver a quality service.

Impact of merger on careem’s employees

All the mergers usually have negative impact on the employees. It is because two companies merge to streamline their workforce and finances which eventually means laying off some staff.

Usually, employees start looking for a new job soon after the announcement of a merger. Moreover, there are many other factors which affect employees in which the major one is the office culture.

Whenever there is a merger you will observe a change in the office culture. Some employees may fail to adapt to this change. Especially, in the case of Careem, since it is a local company for MENA region it would surely have a culture that everyone would be comfortable with.

The inclusion Uber would result in introduction of western office culture which could be exactly opposite to that of the Middle Eastern culture. Due to which the local employees could face a plethora of problems.

It is no longer a hidden fact that Uber has been a part of several controversies. To make the matters worse these includes some serious legal controversies which also includes heinous crimes such as rapes and murders. Uber faces full and partial bans in many countries.

With such a track record it will always be difficult for Uber to set up its business in MENA region which includes countries like UAE and Saudi Arabia which are known for their strict laws.

So, this potential merger with Careem could possibly be a smart move from the Uber’s end. If they merge then the chances of them getting banned will be minimum as Careem is a native taxi hailing service.

Is merger a desperate measure for the IPO?

Uber is planning to go public in 2019. That is, they will provide IPO by 2019. So, that anyone could buy Uber’s shares. Now, the catch with IPO is that you need to have a continuous growth as a company.

Whereas, the Uber has been very inconsistent all thanks to frequent legal matters and the random nature of the cab market. That is the reason why Uber is looking for consistency. Merging up with Careem can be excellent plan to increase their consistency which would later help them in their IPO.

Uber-Careem deal is not finalised yet. However, if it takes place then it will have huge impact on the Taxi Hailing eco-system of MENA region. We’ve already discussed the various impact that it can have.

However, the silver lining is that the merger will cause a void in the MENA region Taxi Hailing ecosystem. This void would be a humungous opportunity for the local taxi hailing providers to enter in the arena of taxi services.

The major advantage of these firms will be that they can offer less Fare Rates than the Uber-Careem joint venture. Moreover, they can also play the “local card”. They will have an advantage as the new firm to emerge as a new local indigenous firm.

Only time will tell what would happen in the future, whether the deal will take place or not? If it takes place then will be a success or not? What impacts it will have on the customers and existing employees?

And what it will mean to the emerging taxi hailing services in MENA region? We have discussed, contemplated, and carefully gave our insights on all these questions. I hope these insights would help you to take your next big decision.

How to expand Uber-like taxi hailing app?: advanced features for the Uber rider and driver app