Digital Health products like mobile fitness apps played a significant role in the digital transformations of healthcare. According to Statista research, the estimated global digital market is projected to $38 Billion by 2025. 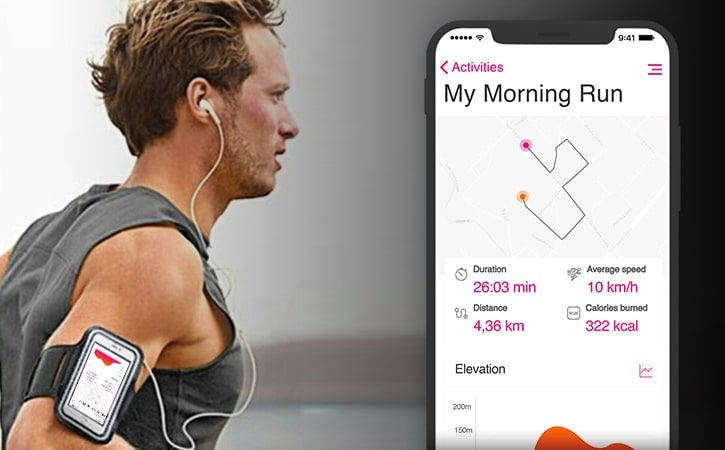 Wearable sales across the world are projected to reach $60 billion by 2025.

As per the Intelligence insider report, Apple has shipped 34.1%, Samsung 9% followed by Fitbit by 2.9% worldwide in 2021. Consumers started using wearable devices as a convenient means to monitor and track their health and seek medical treatment.

Consumers want mobility and businesses need efficiency.The wearables market is poised to deliver but engineering these apps is not as easy as it may seem.

A typical fitness app stores data from various sensors that are attached to a person’s wrist or they carry around in their pocket. In addition, a user can manually add data to the app, for example, what he ate at dinner or at a Subway.

Typically, the data is stored in a user’s device in addition to cloud. If an intruder gains access to the device, he will learn enough about the user to target a social engineering attack on him and gain access to even confidential information like his Credit Card Number or the ATM pin.

The intruder can sell the data to a third party who may target him with phishing attacks.

Peerbits’ can help you build a secure, feature-full fitness app. We have worked with tens of fitness centers and startups to develop a wellness app

A single vulnerability in a data warehouse may compromise data of thousands of such users, which is in huge demand on the dark web.

Monetary transactions are done over a blockchain in virtual currency, making the sender and recipient untraceable.

For easy access to the app data while keeping the data unreadable to an unauthorized user, app developers must start encrypting any data the app generates.

The decryption key can be attached to the app lock code and can only be assessed when the right password is entered.

Due to lack of common standards, it is hard for a mobile app to gain integration by adding a single line of code in its codebase.

A fitness app must be compatible with as many wearable devices as possible to gain a mass appeal.

The integration with Fitbit and Jawbone is something users expect out of every wellness app development.

There are more than 200 fitness hardware vendors in the market. An app just can’t have integration with every of those.

Most wearable vendors provide a set of APIs and SDKs to let 3rd party developers integrate their hardware into their apps.

You also develop an app with WatchKit for Apple Watch and Android Wear for smartwatches running Android.

They often must rush the development cycle and end up releasing half-baked fitness apps in the way, which kills the whole purpose. The market is hypercompetitive. 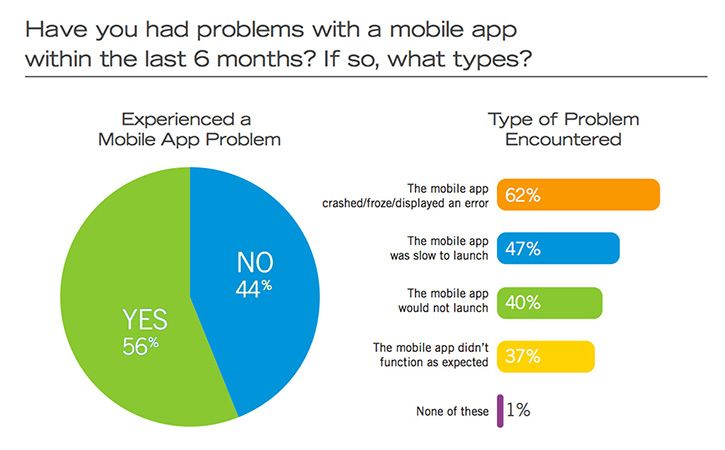 Compuware says that 62% of users have experienced a crash, freeze or error with an app or apps. Another 47% are the victim of slow launch times. 40% said they’ve tried an app that refused to launch.

The practices of agile development not only simplify mobile app development but also results in faster time to market.

With so many features to add, so many bugs and vulnerabilities to fix and meanwhile, working on users’ feedback, it’s easy to get lost as a developer to decide in which direction to steer the fitness mobile application.

In case of fitness apps, the possibilities are endless so are the number of decisions app strategists have to go through that extends the update cycle considerably and app abandonment

According to a blog post, 87% of Android devices are insecure due to lack of security updates.

Major developers around the world, including Jawbone, Fitbit, and Google Fit, have a fix update cycle during which the concerned team must update the app no matter what other developers are proposing.

The update could be a single bug fix that blurs backlight, but an update is an update. Those who are using the app must feel like first-class citizens.

‘REPD’ is the ultimate app for cross-fit gym communities that empowers gymgoers to socialize within the community.

Meant to solve the persistent dilemma of fitness fanatics, the REPD app for fitness lets them use any gym around them so that no matter where they are, they don’t miss out on their workout regime.

In this article, we saw how the usage of fitness services apps has increased by a big margin. In the coming years, we may see a further increase in the usage of health & fitness mobile apps.

I hope this blog might have provided you with some clarity regarding fitness tracking app development. So, what are you waiting for? Find a suitable mobile development company and discuss the cost of app development.

Technical associate with a decade of experience in Angular. Expert at designing and developing efficient and high performing web applications.

How app development can empower healthcare industry in coming future